Last year J Crew had some “sequin/embellished” tees of a motorcycle and a bulldog. I think they came out around the same time as the Chiffon Rose tee. I bought the motorcycle tee but not the bulldog. I thought about that puppy a few days ago and now wished I would have bought that too. I searched ebay and couldn’t even find a used one. Gone forever you cute little bulldog. 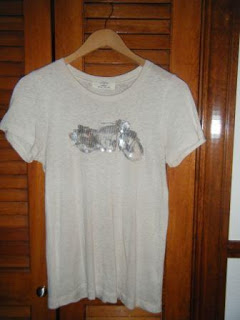 Or so I thought…

I went to my area outlet mall and stopped by J Crew. The first thing I saw was a bulldog tee, with embellishment. Yay! Score! And 25% off! I looked closer and it wasn’t the exact bulldog tee but his little sister…ha ha ha. The bulldog has a cute little pink bow. She’s precious. I quickly scooped it up and was tempted to buy the rest just so no one else could have her.

I looked around and saw some cute stuff. Some Victoria ruffle cami’s in purple, ivory and gray, various cardigans, tees and button down shirts. I bought some jewelry, a long/boyfriend cardi in olive and, of course, the bulldog tee. 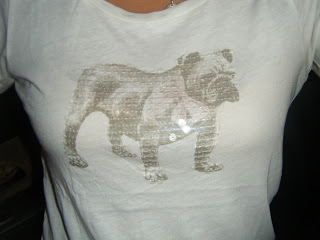 I haven’t forgotten about the better IRL pics of my fall arrival purchases but it won’t be until this weekend before I get to it.

Have a great day! I will, wearing my little bulldog. 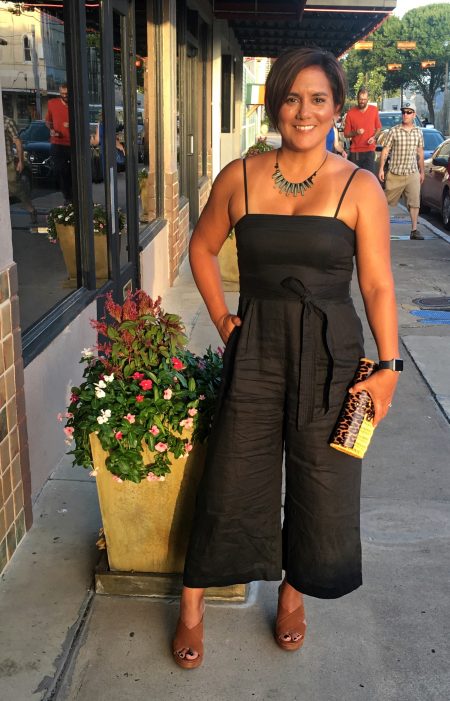